After China, India is the world’s second-largest cement manufacturer, and it is also the world’s third-largest consumer. Housing and real estate account for 65 percent of cement consumption, with public infrastructure and industrial development accounting for 25 percent and 10%, respectively.

The cement sector is undergoing a structural transformation as a result of COVID-19, which required many enterprises to efficiently manage their expenses. Cement businesses were able to not only overcome the crisis, but also return to growth in FY21, thanks to strong pricing levels across regions and low operating costs. [ Best Cement Stocks to Buy in India ]

In terms of management commentary, several top cement businesses have resumed CAPEX plans that had been put on hold due to the pandemic, indicating that large cement players’ confidence is returning and the rough times are essentially passed. Cement businesses are facing significant cost headwinds in the medium term, with most reporting 40-50 percent increases in raw material, power, and fuel costs, backed by rising energy and logistic expenses, posing a challenge in maintaining high realisations and profits.

However, significant price hikes by major cement producers have mostly offset increased costs, and expansion in the infrastructure and real-estate sectors is expected to boost cement demand in the following fiscal year.

List of Best Cement Stocks to buy now in India

How can you tell if a cement company is good?

Shree Cements, which began operations in 1979 at its first greenfield cement factory in Beawar, Rajasthan, is India’s second largest cement company, with 40.4 million tonnes per annum (mtpa) of operational capacity as of March 31, 2020. Up until 2014, the company’s capacity was concentrated in northern India, but it has since expanded to include Rajasthan, Uttarakhand, Bihar, Chhattisgarh, Haryana, Uttar Pradesh, and Karnataka.

The company is one of the most productive in the cement sector. Its operational efficiency stems from a laser-like focus on operations, low power usage, and primarily the selling of blended cement, which results in lower energy and raw material consumption per tonne of cement.

The capacity to switch to grid or shut down the plant dependent on merchant tariffs, as well as the ability to operate with multiple fuels (imported coal or petcoke), all contribute to keep generation costs low. The operating profit per tonne of cement is still among the industry’s best.

Despite better presence of major cement manufacturers by recent inorganic means, Shree Cements continues to enjoy its leading position in northern markets; 60 percent of its total volumes come from the north, and demand from this region was the least impacted by COVID-19 lockdowns. Moving forward, the business has announced the addition of a third clinker mill in Chattisgarh, with a capacity of 12,000 TPD, which is slated to be operational in the next two years.

It also reaffirmed its goal of increasing capacity from 40 MTPA to 80 MTPA in the following 6-7 years. It continues to confront cost headwinds; in FY21, rising operational costs and rising fuel costs reduced operating margin growth, and given the ongoing level of cost inflation, the company’s total margins are likely to be hurt in the coming quarters.

UltraTech is one of the world’s largest cement producers, as well as India’s top producer of grey cement, ready-mix concrete (RMC), and white cement. It has a capacity market share of 24% and a combined capacity of 125 mtpa, which includes UNCL and Century’s cement industry.

There are 23 integrated factories, 1 clinkerisation plant, 27 grinding units, and 7 bulk terminals on the property. It has activities in India, the United Arab Emirates, Bahrain, Bangladesh, and Sri Lanka. UltraTech is India’s largest concrete maker, with over 100 RMC operations in 35 locations. [ Best Cement Stocks to Buy in India ]

It also offers a variety of specialty concretes to cater to the needs of discriminating consumers. Furthermore, the organization has an extensive network of 80,000+ partners/dealers across the country, covering more than 80% of Indian cities and towns. With the acquisition of Century’s cement business, UltraTech has strengthened its position in the fast-growing eastern sector. Furthermore, having a pan-India presence protects the corporation from downturns in any one region.

The company has primarily focused on lowering its leverage, with net debt falling from Rs.16,860 in March 2020 to Rs.6,717 cr in March 21 (Net Debt/EBITDA-0.55x and Net Debt/Equity-0.15x). Furthermore, the company achieved the highest capacity utilization of 93 percent in Q4FY21, as well as a strong volume growth of 30 percent year over year.

The company’s management is laser-focused on debt reduction, with an ambitious goal of becoming debt-free by FY23. The company has announced a new 12.8 MT capacity addition across the central and eastern areas, resuming its CAPEX ambitions. [ Best Cement Stocks to Buy in India ]

This will require a capex of Rs. 5,477 crore, which will be funded fully from internal accruals. UltraTech’s overall capacity is planned to reach 131 MTPA by FY23 (current capacity is 114.8 MTPA), with a long-term goal of 160 MT. UltraTech’s capacity in the central and eastern areas will be increased as a result of the new capacity development plans.

With a pan-India operating and marketing presence, ACC Limited is a significant participant in the Indian building materials business. The company was formerly known as Gujarat Ambuja Cements Ltd, but was later renamed Ambuja Cements Ltd. Holcim, a multinational cement company, took over management control of the company in 2006.

Holcim currently owns a bit more than half of ACL. Over the last ten years, ACL has expanded in leaps and bounds. It has a current capacity of 34.5 million tonnes of cement. Across the country, the company operates five integrated cement manufacturing plants and eight cement grinding units. ACC has a reputation for being one of the world’s most efficient cement producers. Its environmental protection policies are thought to be among the best in the country.

Due to increasing demand in rural and semi-urban areas, ACC Ltd was running at 85 percent capacity as of December’20, but this reduced to 77 percent in CY20 due to the impact of the lockdown. The company operates across India and has strong operational links in its facilities and grinding units, allowing them to achieve greater cost effectiveness. [ Best Cement Stocks to Buy in India ]

ACC is now growing its capacity from 34.5 mtpa to 39.3 mtpa in order to enhance its position in India’s demand-driven central and eastern regions. As of CY20, the company’s Net Debt/EBITDA ratio is -0.46 times. Its sales and profits climbed at a 5 year CAGR of 8% and 23.2 percent, respectively (profits grew faster than major cement businesses like UTECH (17.6%) and Shree Cements (15%).

Ambuja Cements is owned by Lafarge Holcim, a worldwide conglomerate that owns more than half of the company. Ambuja has a total capacity of 30 MT and operates five integrated cement manufacturing plants and eight cement grinding units across India. [ Best Cement Stocks to Buy in India ]

Ambuja was the first Indian cement plant to construct a captive port with three terminals along the country’s western coastline, and it is widely regarded as one of the world’s most efficient cement producers. The corporation also has its own ship fleet for efficient cement transportation.

Its sales have grown at a CAGR of 7.59 percent over the last five years, the highest in the business, while its PAT has expanded at a CAGR of 24.3 percent during the same period. The company’s capacity is highest in the North and Central regions (40 percent), and if demand in these areas grows post-pandemic, Ambuja cements is anticipated to have an advantage over its competitors.

In terms of costs, freight costs account for 26% of total revenue, which could be a source of concern in the future since diesel prices have risen sharply, affecting profitability and margins in the short term.

The demand for cement has increased as a result of the increase in infrastructure investment allocation in the current financial budget and the growth in real estate momentum. In the short term, rising energy and fuel costs remain a significant risk for cement companies. Furthermore, any delays in capacity development plans put the cement industry in jeopardy.[ Best Cement Stocks to Buy in India ]

Model Portfolio: As of March 11th, 2022, a total of Rs.55.541.1 would be required for the below curated portfolio to provide exposure to the best Indian cement stocks. 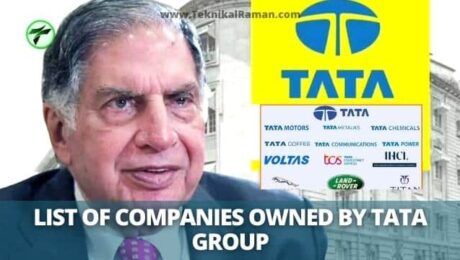