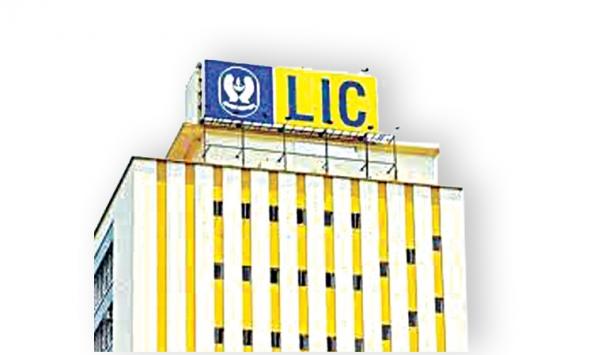 LIC IPO date: The largest LIC IPO release in India is expected to take place on May 4.

LIC’s board of directors is set to meet today to announce the final date to confirm the IPO date. The meeting is expected to decide on the percentage of policyholders, employees, retail shareholders, and the price of a share.

The LIC IPO is expected to be released on May 4 and may run until May 9. Shares can be purchased within these 5 days subject to the terms. If the board meets today and makes a final decision, the share issue date, allocations and discounts will be announced tomorrow (Wednesday).

The central government had planned to raise Rs 55,000 crore to Rs 65,000 crore by selling a 5 percent stake in LIC through an IPO. However, reports say that the amount has now been reduced to Rs 21,000 crore.

No company has so far raised Rs 21,000 crore through an IPO in the stock market. BDM has a maximum IPO of Rs 18,300 crore. If LIC issues an IPO it will be the largest IPO.

LIC plans to issue 10 percent of its IPO sales to policyholders and 5 percent to employees and discount notices. However, the matter will be discussed at today’s board meeting and a final decision will be taken. It looks like up to 35 percent could be allocated to retail shareholders

What is the reason

If the LIC IPO is held at this time as the war between Russia and Ukraine is going on, foreign investors will not come eagerly and invest. In addition, the US Federal Reserve has said it will raise interest rates next month to curb inflation. This raised the question of whether foreign investors would be willing to invest.

How to Apply for LIC IPO?

LIC has asked its policyholders to update the Permanent Account Number-PAN Card. With the updating of PAN, it will be easier for them to bid on the public offer.

It is necessary to have a PAN link in LIC

According to the proposed issue plan of LIC, up to 10 percent of the IPO issue size will be reserved for policyholders. Policyholders must ensure that their PAN details are updated in the LIC records. LIC has said that to participate in the IPO, the policyholder should check whether the information of PAN given in the record is correct or not. If it is not correct, then update the PAN information. It is necessary to link PAN with the policy for investing in IPO.

Check PAN-LIC Update Status (How to check PAN-LIC status)
1) Go to https://linkpan.licindia.in/UIDSeedingWebApp/getPolicyPANStatus.
2) Fill in the details of the policy number, date of birth, and PAN, as well as enter the captcha. Then press the submit button.
3) After the completion of the process, the status will be shown in front of you on the screen.

Today is the 65th birthday of LIC, an Indian life insurance company born on September 1, 1956. LIC has the largest number of policies in the world. The company is the first major contributor to the government’s five-year plans. The company that holds the stock market in India whenever it goes down. Most important of all, since 1991, LIC has been an eye-popping company, even to those who have leveled harsh criticism at all public sector companies!

The birth of LIC was the dream of Indian independence. Proud chapters in the 200-year history of the Indian insurance industry are the Indian insurers who celebrated the Indigenous uprising and LIC’s role in the construction of modern India.

LIC’s growth in 64 years is writing a new history. Will the stones not come towards the ripe tree? Foreign investment and Indian private hands have been throwing stones for 32 years. Subsequent arrows, starting with the bill that put LIC into five components, introduced in 1983, and the Foreign Investment Promotion Amendment Act of 2015. However, to this day LIC remains a 100% state-owned company. Still, the insurance industry continues to have a 49% definition of foreign investment. Yet it is the duty of the Indian people to continue to protect this institution of the Indian people.

It should be discussed at this juncture that the ‘LIC share sale’ was announced in the 2020 Financial Statements and the Government has begun the initial work on it. On what grounds do they do this? Even the usual ‘justifications’ that the government has been saying for 25 years for the privatization of state-owned enterprises do not apply to LIC. Usually, the government sings the ballad for four reasons.
Old Pallavas

Loss! No one can ever tell this story to LIC. Rs 100 crore to the government in the last one year alone, Rs 2,600 crore; Taxes close to Rs 10,000 crore; Billions for development of resource industries such as highways, railways, electricity, and drinking water; Isn’t it a huge company that was formed on the basis of Rs 100 crore capital and now stands at Rs 32 lakh crore in assets!

Incompetence! This lentil is not cooked here either. Arun Jaitley, who was the Finance Minister in 2016, described LIC as the ‘gold ornament that adorns the crown’. In the life insurance industry, inventory is all about keeping the ‘truths’. What more proof can there be of its managerial prowess than the fact that a life insurance company with a huge business base of 42 crore policies maintains a 98% policy license return rate?

Consumer choice! This also does not apply here. LIC has a market share of 75%, with 24 private insurers entering the insurance industry since 1999 – the largest foreign lenders, Indian private sector – in the business sector. If so what could be more satisfying for the consumer!

This sector should go to the corner accelerator of India! No one can talk like this. Because LIC is still at the forefront of fulfilling the dream of then Prime Minister Nehru and then Finance Minister Chintamani Deshmukh to take the insurance industry to the slums. LIC has offices in 3,367 of India’s 3,867 towns with a population of only 10,000. The average amount of licenses issued by LIC is Rs. 1.75 lakhs. The average license fee of a private company is Rs. 15 lakhs. So who else but LIC is bringing insurance coverage to the common man?

So, hold on to the two new inventions of the rulers!

Well, previous experience has shown that even if that is 4 crore people, that is not going to be true. A few years ago, the shares of government public insurers GIC Re and New India Assurance were up 15%. How many of them are in the hands of retail investors in today’s stock? The retail investor’s hold of GIC Real is 1.6%. 0.83% on New India Assurance. this is the truth.

Second, the transparency of the stock market will improve. LIC’s accounts are submitted to Parliament each year. The public is informed about its business through the website every quarter. What other transparency is needed? SEBI was formed in 1988. Harshat Mehta in 1992, Ketan Barek in 2001, Ramalingaraju in 2009, National Spot Exchange in 2013, Neerav Modi in 2018 … all these scams are under the control of SEBI.

So, to whom are they trying to sell LIC in shares?
Two enemies

The Indian government, which is in the throes of a series of financial famines, is eager to sell whatever it can. The focus of these accounts is that at least Rs 1 lakh crore will be available through LIC share sale. They are pulling LIC shares into the market to cover up their failure to raise government funds. The next reason is the long-term desire, plan, and politics of the private. Pressuring the state to expel state-owned enterprises from lucrative businesses; The rulers are going to support it. Both of these adversaries have seen LIC intensely today.

The reason why LIC has emerged successfully from every test is its bond with the Indian people. People have always thwarted any attempt to move LIC out of their grip because of the objective of ‘saving the people, for the benefit of the people. LIC’s staff and agents are at the forefront of linking this with the general community. So, on the one hand, LIC protects the people, and on the other hand, people protect LIC. This bond should continue forever. That is what is good for the country!