Why is Salman Khan not married yet? This is a question about which new reasons come to the fore almost every year. The actor himself has become so accustomed to it that he too has started taking a jibe at it. Once, while reacting to this, he said in front of the media that nowadays marriages have become very expensive. Crores have to be spent on these and he does not have that much wealth. His saying was funny because everyone knows that Salman Khan is not only one of the highest-paid actors, but he also runs his business. In such a situation, they do not have any shortage of money. 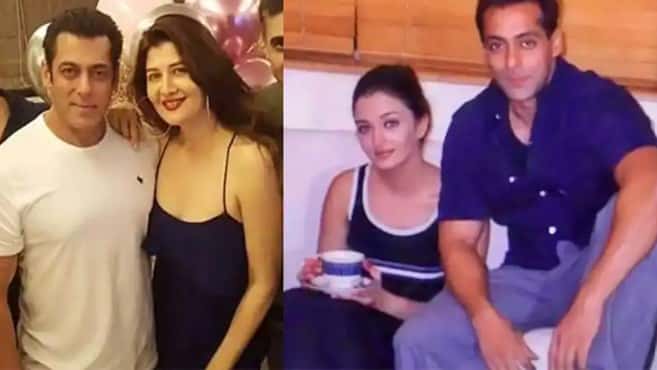 4 Reasons Why Salman Khan Is Not Married Yet!

Salman Khan doesn’t want to do this with his partner

According to EETimes, a close aide of the Khan family had shared that Salman is very close to his family and this is his top priority. He came close to getting married several times, but each time he failed to give any woman as much importance as he gives to his family. Salman feels that it would be wrong that he should come into a commitment with someone and not even give his full attention to her.

The man had also shared that there were two occasions in Salman Khan’s life when he was close to getting married, but his fear that his love for the family would not be understood by his partner made him step back.

A lot of mental tension

This fear remains in the mind of many boys and their families. That’s why many times you must have heard people talking that ‘the girl should be such that she takes the family with her, ‘the daughter-in-law should come such that she should maintain unity. Most boys hope that they find a partner who, like them, loves their family and understands the responsibility towards the family. The tension of not getting such a partner compels many people to remain single and the same probably happened with Salman Khan too.

By the way, there are many such things related to Salman Khan’s relationships, with which other boys can relate themselves.

Salman Khan’s brother-in-law Aayush Sharma had told that he never mentions the topic of marriage in front of Salman. Talking to RJ Siddhartha Kanan, he further said, ‘The way I have seen him live and work his life, I don’t think he has time to get married. I think he is very happy like that. He will take his own life decisions.

You will find many such people around you, who have become so comfortable with their career-focused and living life on their own terms that they do not feel the need to get married. They feel so satisfied that no matter how much someone tells them to get married, they never set out on the path of marriage.

In Koffee With Karan, Salman Khan himself shared that he came close to getting married many times. ‘There was a time when I really wanted to get married, but it didn’t work out. I was pretty close to doing that, but people experienced cold feet. With Sangeeta, my cards were even printed.

Having cold feet usually means losing the confidence or courage to do something. During this, the person feels so nervous that he either makes a mistake or runs away instead of facing the situation. It is so common to feel that if you ask even the couples who are married today, they will definitely agree that they too had experienced Cold Feet on one occasion and started doubting their decision.

Salman Khan told the benefits of not getting married, which every person should know

While playing a lie detector game with Ajay Devgn and Kajol in season one of Bigg Boss, Salman Khan revealed that he had a crush on a girl as a child, but he did not tell her about his feelings for fear that he May get rejected.

Like Salman, how many have experienced the fear of rejection. People get nervous even when they go in front of their crush, in such a situation, expressing feelings in front of them becomes an even bigger challenge. That’s why many people’s crushes remain just crushes forever.